Anders is an adjunct senior lecturer at STIMA/IDA and has for many years worked closely with Lund University. Anders' research is about robustness in forensic evidence, and is conducted in collaboration between Lund University and the Swedish National Forensic Centre (NFC).
Read more

The best paper prize at the international conference on Utility and Cloud computing (UCC) was awarded to a paper on performance aspects of mixed reality within edge networks. The article was presented by Klervie Toczé and it was the result of a collaboration with Johan Lindqvist, a former IT student.
Read more

Information is everywhere. Much of this information is now produced and consumed as information streams. We make online voice calls, watch videos, and live-stream events. Surveillance cameras collect and transmit live footage. Sensors allow us to check the temperature. Stock market information allows us to check on the state of the worldwide markets. Our smartphones can give us live position information that can be shared with others. And robots sense their environment through their sensors, similar to how humans perceive their surroundings. All of these information flows give us imprecise and incomplete snapshots of the world we reside in. The amount of information can make it difficult to make sense of it all. A highway traffic controller may have hundreds of cameras, for example. But the digital integration of our world does not stop here, with smart cities and the internet of things being actively pursued. In his thesis, Daniel de Leng focused on two parts of this stream reasoning problem; how to handle uncertainty when reasoning over streams, and how to robustly generate those streams.

These two parts were integrated into a single stream reasoning framework that is designed to handle both reasoning about the information contained within streams as well as the streams themselves as products of a synthesis process. This ability will become increasingly important as more and more information streams are generated.
Read more

Olaf Hartig has received the 10-Years Award of the Semantic Web Science Association. This annual award recognizes a research paper that has become the most influential work of all papers published ten years ago in the respective edition of the International Semantic Web Conference (ISWC). The ISWC 2009 paper for which Olaf has now won the award started a line of research that focuses on evaluating database queries directly over interlinked data on the Web. In this context, Olaf's paper pioneered the idea to integrate a traversal-based discovery of relevant data sources into the query execution process, and the paper introduced a first concrete approach to implement this idea in a query execution engine. Since its publication, the paper has spawned numerous other scientific work that proposed alternative approaches, established theoretical foundations of queries and query languages in the given context, and combined the ideas with other forms of query processing. For a brief overview of this research area refer to a recent encyclopedia entry co-authored by Olaf.

Different ways of looking at how services change

After a long week at the office it might be nice to collapse on the couch and stream a film, to not have to cook but order take-out food instead. If you are not feeling well, its a reassuring idea that you can contact a doctor. In the course of our lives we use countless services, both through digital channels and face-to-face. At the same time, much is still unknown about how changes in services actually come about and how they can be successful. In his thesis, Tim Overkamp has developed two ways to frame and address how services are transformed, how service practitioners can work to change services and how designers can contribute to these changes.

The first way to see the implementation of service transformation builds on process models for product development, where concept design happens in an early phase and changes are realised in a later production phase. Service transformation then means that a service concept is designed first and that the prerequisites for rolling out the service are created once the service concept is defined. Designers can contribute to changes by applying implementation strategies while they are involved in a service development project. For example, developing support for implementing the outcomes of the project in the organisation by involving those who will work on implementation earlier in service development, to create ownership and buy-in. furthermore, is designers are hired as consultants, they can facilitate implementation by supporting the handover of the designed service concept to their client organisation. For instance, by helping the organisation translate the abstract service vision into concrete actions and steps towards realising the service.

The other way of looking at realising services builds on the idea that services are a collaboration between people who use their skills and knowledge to help each other. In this framing, changes in services lead to changes in the roles and relationships between actors in the service. These changes take place in an ongoing way. Designers can contribute by supporting service actors in learning what the relationships between service actors look like and the possible effects of changing the roles of service actors.

Through these two views of service transformation, we know a bit more about what the work that goes into allowing us to stream our favourite films and series or to seek medical help can look like.
Read more 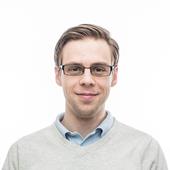 A lot of software - both benign programs and malware - is distributed only as binary code, that is, in the machine-readable format used by the computer's processor. Therefore, powerful methods for analyzing binary code is required. In his thesis, Ulf Kargén has developed scalable methods for so-called dynamic analysis of binary code, and presented two applications in security testing of software.
Read more

Bud was a pioneer in computing technology and he made several significant contributions to the industrial and academic sectors. During his long career, he participated in several pioneering developments in software, hardware, computer-based systems and international standards. For his invention of the concept of pointer variables in programming languages, he was awarded the prestigious IEEE Computer Societys Computer Pioneer Award in 2000. He also received the IEEE Simon Ramo Medal for his pioneering contributions to computer systems, systems engineering, and standards, in 2019. He was a Fellow of ACM, Fellow and Life Member of the IEEE, and Fellow of the International Council on Systems Engineering INCOSE.

Bud came to Linköping in the early 1970s as a consultant to Datasaab. In this role he developed the incredibly innovative FCPU concept for computer architecture. In 1979, he was appointed full-time Professor of Computer Systems at Linköping University, and he became a member of the Department of Electrical Engineering (ISY). In 1983, he left ISY in order to co-found the Department of Computer and Information Science (IDA) together with Erik Sandewall and Eva-Chris Svensson. During his years at IDA, he started and led the CADLAB research group. Bud always maintained strong contacts with industry both in Sweden and abroad, and he was also an early promoter of international academic cooperation, in particular through his initiative for a Swedish International University. He later left IDA in order to do independent consulting from his new home in Stockholm.

We remember Bud for his important contributions to science and to education, where he was often at the very forefront of the field, and sometimes well ahead of it. We also remember him for his character as a very good friend and colleague, for his sense of humour and his persistent optimism, and for his thoughtful and constructive approach in all his initiatives.

An additional 20 million for further training within AI

Last year, the Swedish government invested 20 million in continuing education within AI, and in 2019 another 20 million.

Uppsala University will during their Commencement Ceremony 2019 present Erik as one of their "jubeldoktorer" as it is 50 years since he defenced his PhD thesis and became a PhD.

The twentieth prize ceremony for the best Master thesis within the broad area of IT took place in collaboration with the Computer Society (East). Among the seven very strong theses nominated Mohammad Khodari with a thesis project at Scania was awarded.
Read more

Fredrik Heintz has been elected into the Royal Swedish Academy of Engineering Sciences (IVA).
Read more

Erik Prytz has, in collaboration with the center for disaster medicine and traumatology, participated in several research project related to traumatic bleeding control.

These projects have now received some media attention, and you can find both a web-based story as well as a longer interview on SVT Play.
Other links:
https://www.svtplay.se/video/21710598/lokala-nyheter-ost/svt-nyheter-ost-1-apr-21-46?start=auto&tab=2019
På LiU:
https://liu.se/artikel/kmc-stop-the-bleed
Read more

Måns Magnusson's thesis "Scalable and Efficient Probabilistic Topic Model Inference for Textual Data" has been awarded the annual Cramér prize for Best Thesis in Statistics and Mathematical Statistics. The prize is given annually by the Cramér Society, the academic section of the Swedish Statistical Association.
Read more

Mahder Gebremedhin investigated in his PhD thesis how to take advantage of the potential computational power provided by modern multi-core processors to improve the performance of mathematical simulations, especially for models in the Modelica modelling language and corresponding tools.

He has studied and developed methods for both automatic and explicit parallelization approaches. The methods investigated, and the tools developed enable modelers and engineers to utilize the multi-core capabilities of their modern computers with relatively low or even no extra effort.
Read more

Filip Strömbäck, IDA, has been awarded the Tryggve Holm Medal for the year 2018. The medal with the associated diploma is awarded to graduates with particularly good study results, at various degree programs at LiTH, and is part of donated funds that are intended to promote technical research and education.
Read more